Smart Cities were the buzzword in India since the Modi Government came in. The phrase has been in vogue for more than 2 decades across the world and a lot of work has gone into the creation of smart cities. But the challenges of India are different and hence there is a need to create smart cities in India that address these challenges instead of aping the western smart cities. More customization is required in India to create a separate brand and nature of smart cities to suit our needs and culture.

Although by definition smart cities are aimed to make our lives better, In India it would mean “ all things for all people “ because in our culture we have ingrained conditioning which demands the society to take care of our women, aged, children, disadvantaged and all sections of the society. So the percolation of technology for making our lives better does not necessarily mean increasing our comfort but in a developing country like India, it would mean minimizing the discomfort. So the primary use of technology would be to enable access to all and sundry and then go to the next stage of luxury and facility to the people who could afford it.

The example is of the film “Sholay“ and I take this because this film is one that all people would have seen across generations. The best part of Sholay is that all generations have appreciated this magnum opus. Not just that, each character of the film has been portrayed in such a way that we remember till today not just the larger characters like Jai, Veeru, Basanti, Thakur, or Gabbar but also the smaller ones like Soorma Bhopali, Kaalia, Sambha, or Ramu kaka. The Indian requirement of smart cities is similar. As directors, we need to take care of all the sections of the population living in the city. Let’s take a few examples as we elaborate on the methodology.

In the Indian milieu, there is a place for menial labour also in our homes. The menial labour working in offices and homes earn very less but they are a very important part of our lives and their help makes our lives easier. But with their limited income, their sustenance becomes very difficult if their place of living is shifted to the outer boundaries of the city. So when we plan our cities, they should be divided into zones.

Suppose a smart city is of 250 sq km area, then it could be divided into 10 zones of 25 sq km each. Each of these zones has to plan in such a way that they are residential complexes of all budgets and also high rises for economically weaker sections that could house the menial labour.

There should be shopping complexes, entertainment zones, office zones, gardens, educational institutions, medical and transport facilities. In other words, these zones could be self-sufficient cities within cities. This reduces the travel of people, increased efficiency, distribute traffic, and reduces pollution. Green zones should demarcate one zone from another.

Traffic remains one of the major concerns of smart cities. A lot of time is spent by people on the roads due to traffic congestion, much like what is going on in Delhi, Bangalore, and Mumbai today. The use of IoT to regulate traffic is not just to decongest traffic but solves other purposes.

The intelligent traffic system in smart cities regulates traffic and also provides equal opportunity for shops in other streets to do better business when traffic is evenly distributed.

Let’s take an example. The city of 250 sq km mentioned above will have a city centre which is full of markets and streets with heavy traffic during peak hours. The intelligent traffic system will read the number of vehicles on a particular road and if the threshold level of vehicles for comfortable movement per km is reached, then the overflow is diverted to alternate streets.

We see that due to inequitable distribution of traffic some roads are choc-a-block while the adjoining ones are relatively empty. An intelligent traffic system regulates traffic and also provides equal opportunity for shops in other streets to do better business when traffic is evenly distributed.

There should be vibrant idea zones for youth to contribute and interact with the civic administration to make the smart city better.

The city will have to be planned to see that there are ramps on all pavements for wheelchairs, old people, and the physically disadvantaged. The height of the pavements should also not exceed 3-4 inches so that the aged could easily climb them. Also, there should be play areas for children, meeting areas for the aged, discussion areas for young people, party zones for women, isolated smoking areas.

With Covid-19, we can now look at heat sensors to identify infected people and isolation zones.

There should be vibrant idea zones for youth to contribute and interact with the civic administration to make the city better and volunteerism. There have to be zones where two generations could interact because smart cities evolve and sustain and for sustenance, future generations have to be ready. There should be minimal sharp edges on the streets and public areas and all corners should be rounded to avoid injury by accidents.

With Covid-19, we can now look at heat sensors to identify infected people and isolation zones.

To sum it up, we will have to look at smart cities not from the perspective of too much technology, infrastructure, and affluence alone but from a more humanitarian approach. The overwhelming use of technology may bring name and fame, but the euphoria will die down and so will the city.

So, a survey of all sections of the society of that particular city should be done, problems identified, customised solutions sought and then the expertise of technology to solve these issues and some future problems that come out from the data analysis and come up with a plausible plan of action within the given budgets and a long term plan for 10 years prioritising the solutions and their implementation.

(Jawahar Surisetti is a Smart City consultant and renowned Psychologist. He is also an educationist, TED Speaker, advisor to Government, start-up mentor, and a bestselling author.) 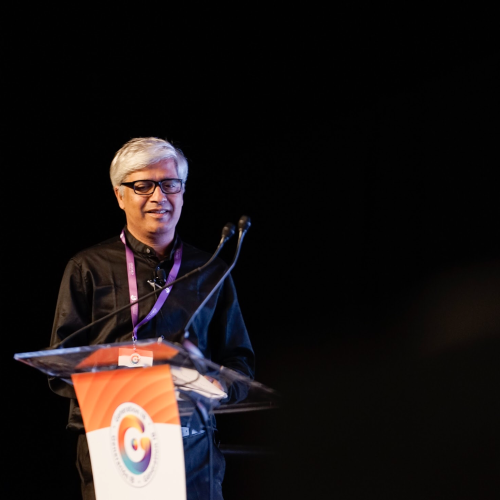