Compliance is an ever-increasing challenge of introducing tech into finance and regulations. Here’s the outlook for the fintech and regtech sectors in 2023.

Over the last few years, financial service firms have, by necessity, adopted technological solutions at a rather rapid pace. The digital transformation in finance has been swift and sharp – the birth of fintech, proving exactly how technology has the power to disrupt existing industries and even birth new ones. It is worth noting, in this regard, however, that whilst there are several benefits to it, there are also several key challenges to be navigated. Research from the recent Thomson Reuters® Regulatory Intelligence survey finds:

“Respondents identified an increasingly diverse range of uses for fintech and regtech applications ranging from credit risk analysis, where 40% of G-SIBs were using fintech applications, to information security, where 30% of respondents used fintech. Half of the respondents (50%) have either implemented a regtech solution fully or in part, up from 38% in 2021.

On the other hand, there are signs of a slowdown in the growth of the fintech sector. According to Innovate Finance’s 2022 Summer Investment report in H1 2022, the total capital invested in fintech worldwide reached $59 billion. This was flat year-on-year, with 3,045 deals completed, fewer than the 3,401 deals in H1 2021. An exception to this slowdown was in the UK fintech sector, which continues to grow, with investment reaching $9.1 billion – a 24% year-on-year increase from H1 2021. The UK remains second worldwide in fintech investment, behind the United States.” 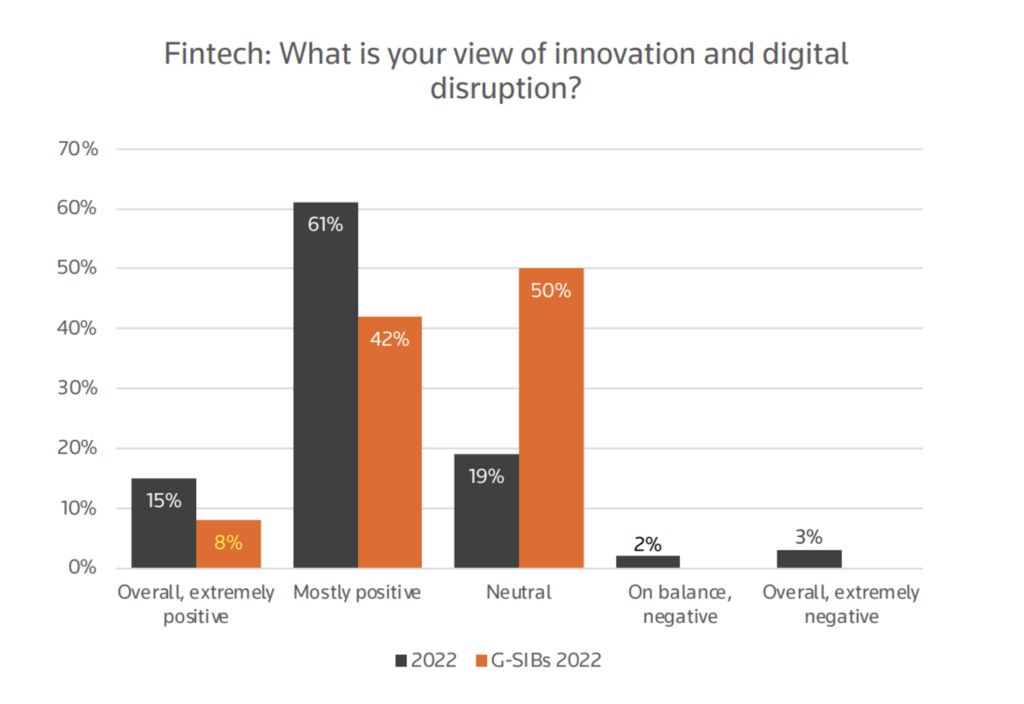 The current marketplace slowdown is echoed distinctly in the Thomson Reuters survey as well, clearly indicative of the waning sense of confidence seen in fintech over the past years. For example, the percentage of respondents feeling extremely positive about regtech and fintech has almost halved – down to 15% from the 31% in the previous survey.

Whilst some of the major causes for this decline might be increased competition or the lack of funding owing to the economic downturn, one major aspect to consider in this regard is the increased regulatory risk. Through 2021, several banks faced significant amounts of regulatory fines. This included ABN AMRO at €480 million and NatWest at £264 million for money laundering failures, and $125 million for J.P. Morgan Chase’s recordkeeping failures.

In spite of said fines, respondents to the current survey highlighted financial crime as the area where regtech is set to have the highest impact, undoubtedly in part to aid firms in compliance efforts regarding sanctions following Russia’s invasion of Ukraine. Further, Thomson Reuters writes, “In addition to the greater regulatory risk, the survey reported significant challenges when using fintech and regtech applications. Reasons given for not implementing fintech included a lack of investment, lack of in-house skills and poor infrastructure. This mirrors some of the wider challenges that respondents identified when deploying fintech applications, where the availability of skills, data governance and the regulatory approach featured prominently.”

Regulators today are also adopting tech solutions to aid their supervisory roles, using inordinate amounts of data for the process. What is lacking, however, is adequate streamlined interaction between regulators and firms on regtech and fintech. Among large globally important systemic banks (G-SIBs), only about 43% of the respondents to the survey said that they had spoken to their regulators on fintech or regtech. A majority of 60% of smaller firms reported not having spoken to their regulators on technologies at any point. 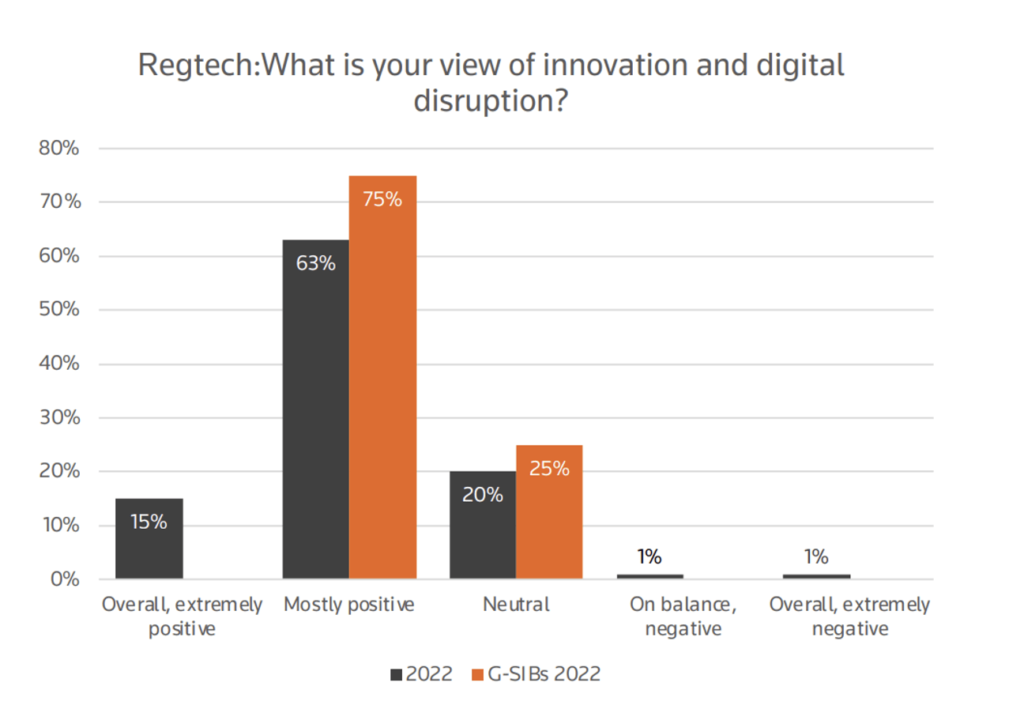 Going ahead, although there are expectations of a slowdown, there are huge benefits to be gained from the successful deployment of technology, including “the development of better risk management tools, the automation of processing, improved tracking of regulatory change as well as the streamlining of data governance, all of which should free up time for more compliance value-add tasks.”

2021/22 is, however, seen as only a temporary pause in the long-term growth of the sector. Firms in the sector need to continue investing in tech and supporting IT infrastructure in fintech and regtech. A high compliance team will be invaluable in successfully navigating the optimal use of digital solutions. Firms need to reassess their needs and invest in business-specific solutions continually.

The corporate sector has faced a lot of ups...

Corporate resilience will face a tough test in 2023 – Need...